Ghosts and the Uncanny 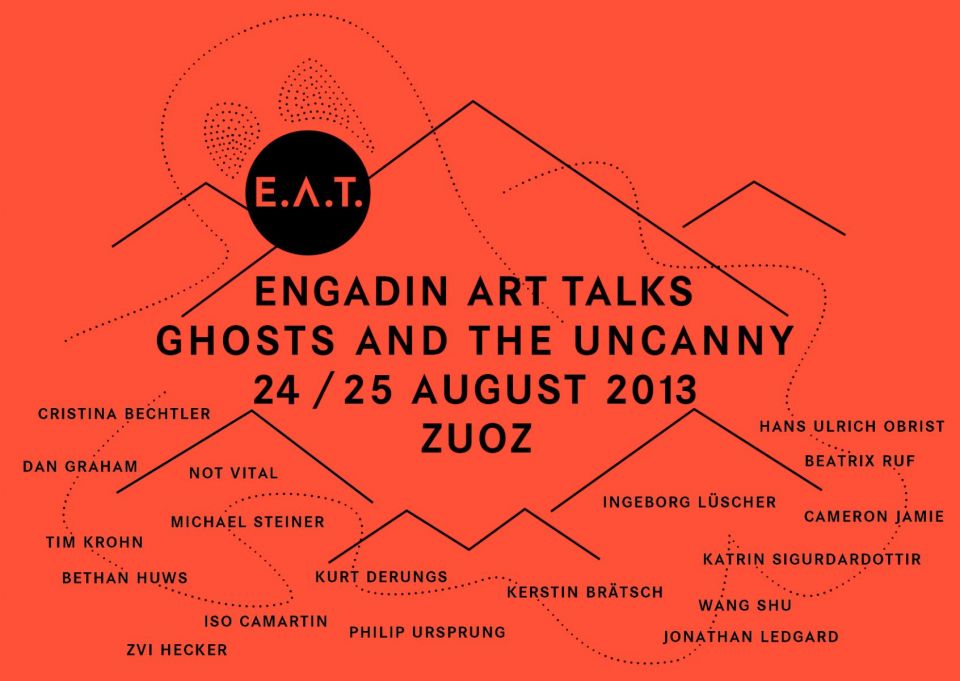 Ghosts, demons and apparitions belong to the world view of pre-scientific man. Ghosts or higher powers were assumed to lie behind all events caused by otherwise incomprehensible natural forces and people believed that they could ‘understand’ irrational and inexplicable events in this way. In mountain regions, in particular, where humans were often defenceless in the face of nature and its power, this world view gave rise to a rich treasury of legends and sagas.

Hence, on the subject of "GHOSTS AND THE UNCANNY" the forum participants told legends and sagas and discussed in how far the world of the mountains with its powerful natural spectacles remains a source of inspiration for many people today.

The panels were chaired by Hans Ulrich Obrist, Co-director of Exhibitions and Programmes and Director of International Projects at the Serpentine Gallery in London, Beatrix Ruf, Director of the Stedelijk Museums Amsterdam (formerly Kunsthalle Zürich) and Professor Philip Ursprung from the Swiss Federal Institute of Technology Zurich. We were welcomed by Flurin Wieser, president of the community Zuoz, and Cristina Bechtler.
In addition we were delighted to present the publication “Engadin Art Talks 2010-2012. An Art and Architecture Anthology”, published by JRP Ringier.

The existence of Jinn in our world

The Mountain and the book

A Puzzle from the Past

No - Disconnection, Absence and What's left

Visit of the exhibition Die Magische Bergwelt
in Daniel Schmids Filmen, curated by This Brunner. Light Lunch at Chesa Planta 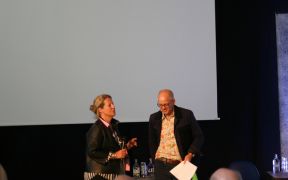 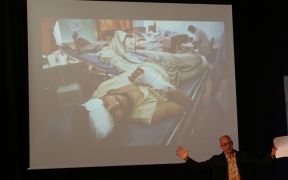 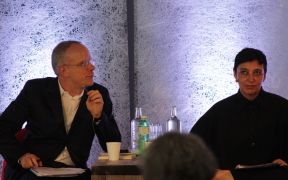 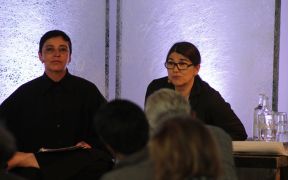 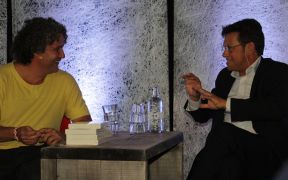 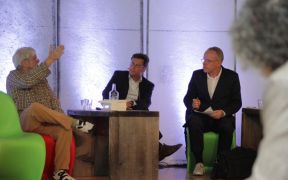 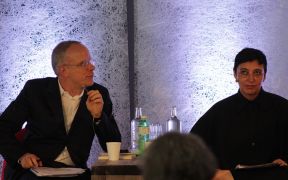